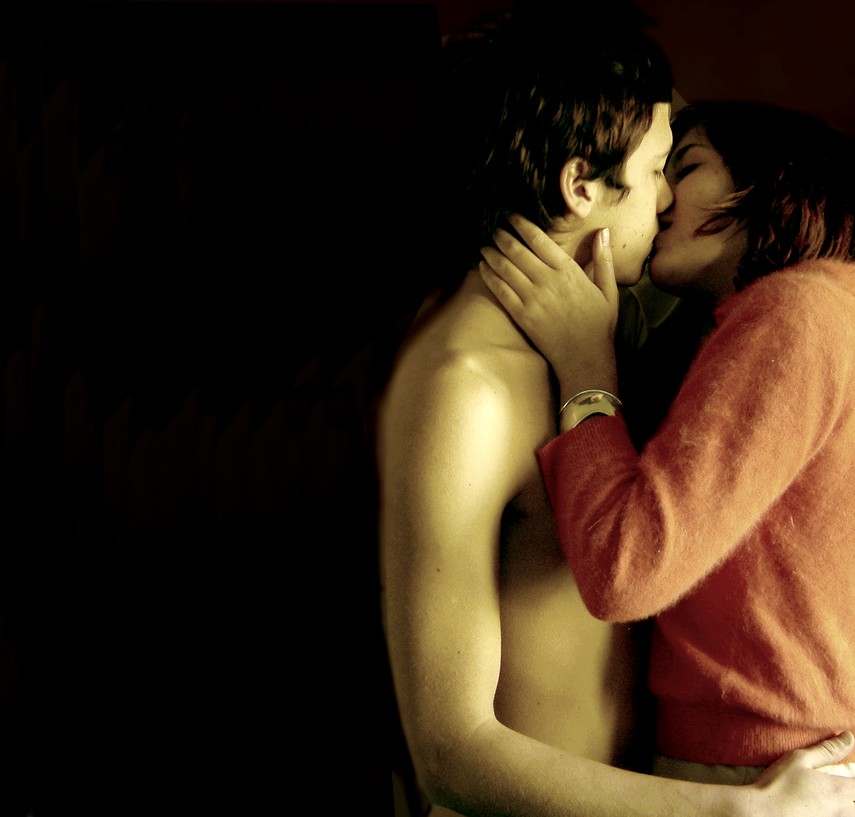 It was still quite light outside, but inside with the curtains closed and the dying fire sending out a weak light, the room was full of deep shadows.

Brantain sat in one of the shadows; it covered him and he did not mind. The dark made him brave enough to keep his eyes fixed as much as he liked upon the girl who sat in the light of the fire.

She was very attractive, with dark hair and a certain fine, rich and healthy looking appearance. She was quite calm, as she slowly rubbed the smooth coat of the cat that sat on her knee, and she occasionally looked into the shadow where her friend sat. They were talking about small things which clearly were not the things that were in their thoughts. She knew that he loved her—an honest man without the skills to hide how he felt, and no desire to do so. For two weeks past he had been trying to meet her. She was waiting for him to ask her to marry him, and she meant to accept him. Brantain was not particularly interesting or handsome but he was very rich; and she liked and required the company which being rich could give her.

During one of the pauses between their talk of the last tea and their next meeting the door opened and a young man entered whom Brantain knew quite well. The girl turned her face towards him. A step or two brought him to her side, and bending over her chair—before she could guess his intention, for she did not realize that he had not seen her visitor—he pressed a long kiss upon her lips.

Brantain slowly got up; so did the girl, but quickly. The visitor stood between them, looking confused.

“I believe,” said Brantain, “I see that I have stayed too long. I—I had no idea—that is, I must wish you goodbye.” He was holding his hat with both hands, and probably did not notice that she was offering her hand to him, her mind had not completely left her; but she could not have trusted herself to speak.

“Hang me if I saw him sitting there, Nattie! I know it’s not nice for you. But I hope you’ll forgive me this once—this very first mistake. Why, what’s the matter?”

“Don’t touch me; don’t come near me,” she returned angrily. “What do you mean by entering the house without ringing?”

“I came in with your brother, as I often do,” he answered. “We came in the side way. He went upstairs and I came in here hoping to find you. The explanation is simple enough and the mistake could not have been avoided. But do say that you forgive me, Nathalie,” he said.

“Forgive you! You don’t know what you are talking about. Let me pass. It depends upon—a good deal whether I ever forgive you.”

At that next meeting, which she and Brantain had been talking about, she approached the young man when she saw him there.

“Will you let me speak to you a moment or two, Mr. Brantain?” she asked with a smile. He seemed extremely unhappy; but when she took his arm and walked away with him, seeking a quiet corner, he slowly began to look more happy.

“Perhaps I should not be speaking to you now, Mr. Brantain; but—but, oh, I have been very uncomfortable, almost miserable since the other afternoon. When I thought how you might have misunderstood it, and believed things”—Brantain’s round face started to look more happy—“Of course, I know it is nothing to you, but for my own sake I do want you to understand that Mr Harvy is a close friend of long standing. Why, we have always been like cousins—like brother and sister, I may say. He is my brother’s best friend and often thinks that he is allowed the same things as the family. Oh, I know it is silly to tell you this,” she was almost crying, “but it makes so much difference to me what you think of—of me.” Her voice had grown very low and troubled. The sadness had disappeared from Brantain’s face.

“Then you do really care what I think, Miss Nathalie? May I call you Miss Nathalie?” They turned into a long, corridor that was lined on either side with tall, beautiful plants. They walked slowly to the very end of it. By the time they turned to go back they both looked very happy.

Mr Harvy was among the guests at the wedding; and he spoke to her in a rare moment when she stood alone.

“Your husband,” he said, smiling, “has sent me over to kiss you.”

Her face went red. “I suppose it’s normal for a man to feel and act kindly on an occasion of this kind. He tells me he doesn’t want his marriage to interrupt the friendship which has existed between you and me. I don’t know what you’ve been telling him,” with a cheeky smile, “but he has sent me here to kiss you.”

She felt like a chess player who, by the clever handling of her pieces, sees the game taking the course intended. Her eyes were bright and soft with a smile as they looked up into his; and her lips looked hungry for the kiss which they invited.

“But, you know,” he went on quietly, “I didn’t tell him so, it would have seemed ungrateful, but I can tell you. I’ve stopped kissing women; it’s dangerous.”

Well, she had Brantain and his million left. A person can’t have everything in this world; and it was a little greedy of her to expect it.